The Japanese are very keen on the Estonian log houses

The last broadcast of the season of the ETV (The national public television station of Estonia) economic programme Kapital was focused on niche products and markets. Kapital visited one of the log houses in Japan, which has been manufactured in Estonia, and asked one local reseller, why the log houses manufactured in Estonia are so valued in Japan.

Nearly 90 % of the wooden houses manufactured in Estonia are exported, mainly to Europe, but there are also more exotic target markets. Thus, the log house manufacturer located in Saku, Mountain Loghome OÜ, has sold houses to Japan already for over 13 years. The Kapital crew visited the log house of Mountain Loghome OÜ in one of the most popular resorts in Japan and interviewed a local reseller in order to find out why the Japanese are so keen on the log houses.

The representative of the Japanese reseller of Mountain Loghome OÜ, the company’s chief executive officer Mitsou Noguchi said in the interview that the Japanese highly appreciate the quality of the houses manufactured in Estonia. It takes an average of 1.5 months for the house container that is dispatched from Tallinn to reach the other side of the globe. The Japanese are willing to pay for it and also to wait longer, Noguchi confirms. “The quality of the Estonian houses is equal to that of the production of other manufacturers of the Nordic countries. Estonian manufacturers are trustworthy and our cooperation is working very well,” the real estate developer said from his own experience. Noguchi’s company has resold the Mountain Loghome houses already for 13 years.

“It is very important for the Japanese that the house would be 100 % natural,” Noguchi said and added: “In addition to naturalness, it is essential that the log houses are resistant to earthquakes.” In a country, where earthquakes are frequent, it is crucial to have buildings that would withstand the forces of nature. “A log house is more stable than ordinary houses and stands firmly together in case of an earthquake,” Noguchi confirmed. He brought an example how after an earthquake last year, people admitted that they felt safe in the log house.

Until recent years, the log houses were luxury goods for the Japanese and not affordable for all. They were mainly used as holiday homes by the wealthier people. According to Noguchi, the log houses are becoming increasingly popular in Japan: “Recently, the log houses have been equally bought for recreational and residential purposes and many customers are younger people.”
Watch more about the Japanese keenness on the log houses, Mountain Loghome, and the cooperation between the countries from the ETV list of recorded programmes here. The broadcast begins at 7:40. 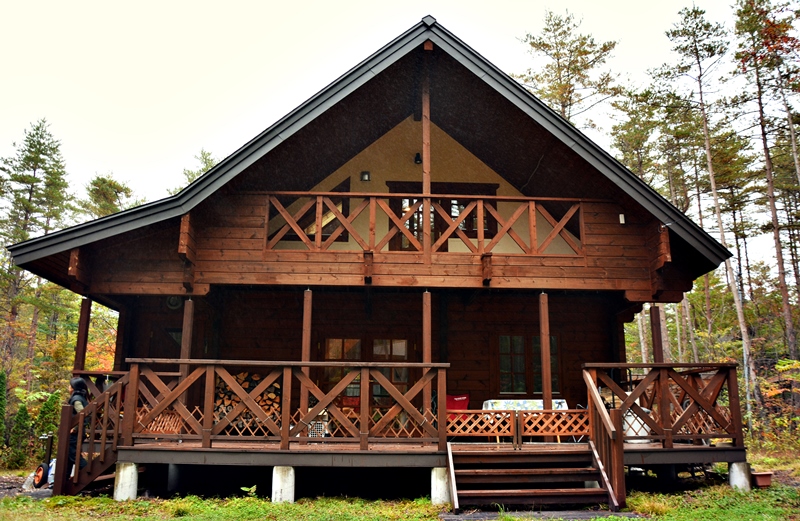