The President of the Republic of Estonia, Toomas Hendrik Ilves, declared Kodumaja AS the best company of the country. The company manufactures timber-framed buildings.

“We have not worked for the sake of being awarded,” the Manager of Kodumaja ASLembit Lump expressed his gratitude when receiving the prize. “We are working on behalf of offering our customers the high quality product meeting the state-of-the-art requirements,” Lump noted. “We like challenges.”

Kodumaja AS, employing more than 500 people exports almost 100% of its products mainly to Norway, Denmark, Finland and Sweden.  Currently the tallest wooden buildingTreet (tree) is being erected from the modules manufactured in Kodumaja – 51 m tall timber-framed house in Bergen, Norway.

The company has an ambition to be the leader of its line of business in Europe. “We have made investments and already today we have the technical capacity to increase the turnover up to 100 million euros per year, “ admits the manager of the company. The last year’s export turnover of the company was 52 million euros.

“Selection of the wooden house manufacturer as the best company of the country is not quite a surprise,” remarked Sven Mats, Executive Manager of AS Matek and the Chairman of the Board of the Estonian Woodhouse Association. “In view of the timber industry being one of the Estonian biggest industry sectors and Kodumaja AS its flagship.”

The Estonian Company of the Year 2015 was selected from 400 companies. The main criteria which had been taken into consideration included economic indicators, coping with complicated economic environment, contribution to creation of employment, activities towards export and contribution to society. The aim of the annual enterprise competition, organised in cooperation of private and public sector is to promote entrepreneurship and recognise the best Estonian companies. 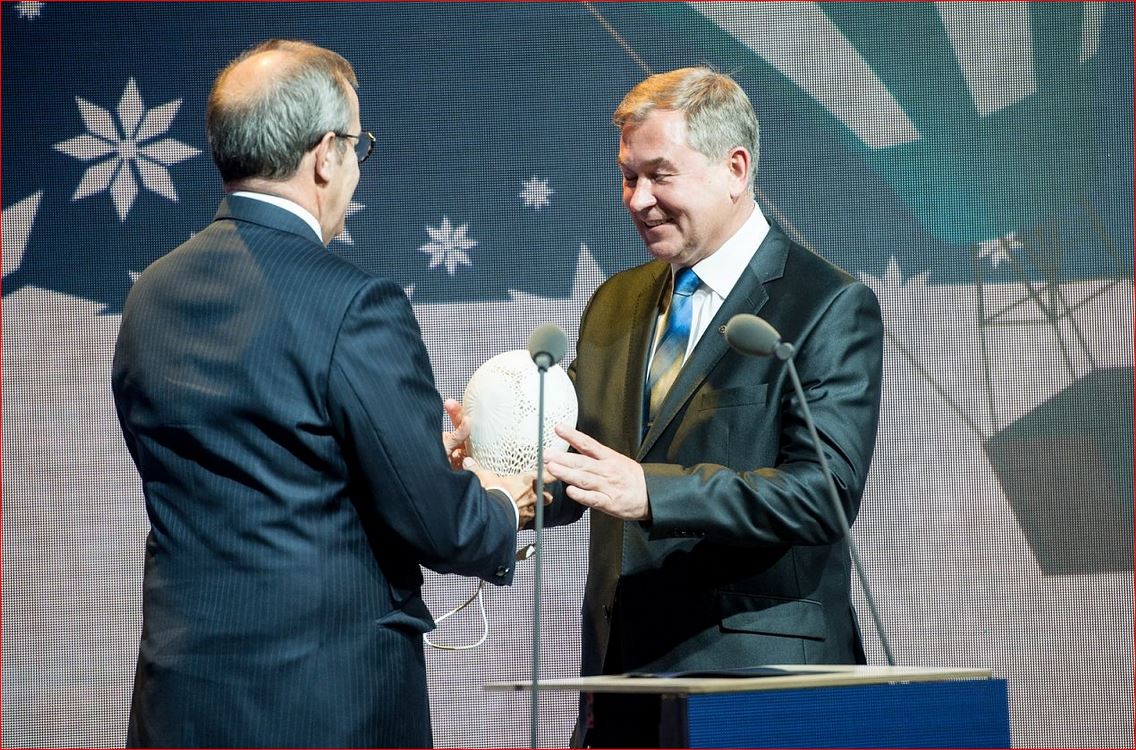 President of the Republic of Estonia, Toomas Hendrik Ilves and Chairman of the Board of Kodumaja AS, Lembit Lump